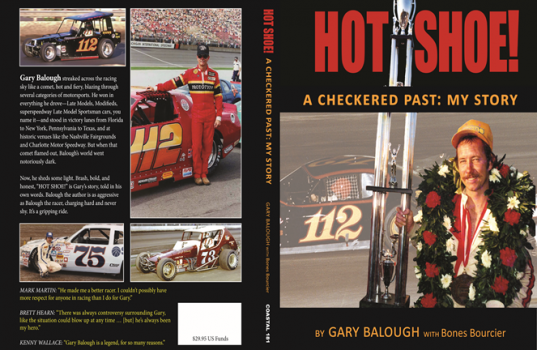 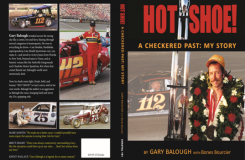 Hot Shoe! A Checkered Past: My Story

"Hot Shoe! A Checkered Past: My Story" is the autobiography of infamous stock car racer, Gary Balough. Balough is known for being one of the country's winningest drivers on dirt and asphalt short tracks, though his career would take an unexpected turn just as it began to peak. "Hot Shoe" not only covers Balough's illustrious career on the track, but also his fall from grace after becoming involved in organized crime. As a smuggler, Gary was just as tenacious as he was on the track, but it wasn't enough to stay out of trouble. Read the story of a man that could have been one of NASCAR's biggest stars. Through all the ups and downs, you will come to know Gary Balough the driver, the smuggler and the man. Written by Gary Balough with Bones Bourcier. Published by Coastal 181